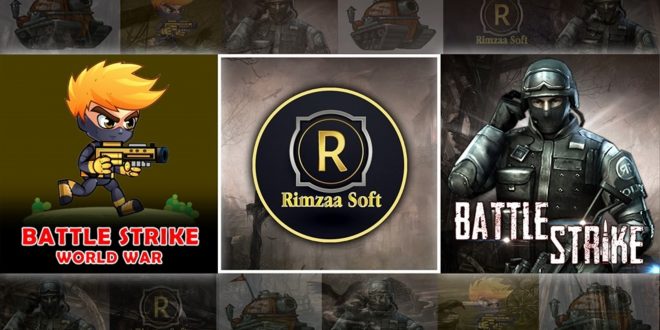 Rimzaa Soft is a mobile game developer based in Karachi,Pakistan, with offices in Karachi, Lahore and Islamabad. Since our launch in 2016, we’ve brought five games to the global market – Battle Strike, Humpty Dumpty, Cube Out, Battle Strike World war and Encounter TD. Our goal is to make the best games – games that are played by as many people as possible, enjoyed for years and remembered forever.

Battle Strike World War is a 2D platform fighting game that supports up to 8 online players.

In the winter of 2016, Rimzaa Soft was born. Back then, the founder had no idea what the company would become. They just knew they wanted to make great games that people would play for years. To do so, they would create a new kind of gaming company.

“Rimzaa Soft was founded on a few Motivation Words.”

Humpty Dumpty is a new high-flying Adventure unlike anything you’ve played before.
You will need to be fast and agile to avoid obstacles, and you might even lose a few feathers!
Egg is downright crazy about his Life! 🥚🥚🥚